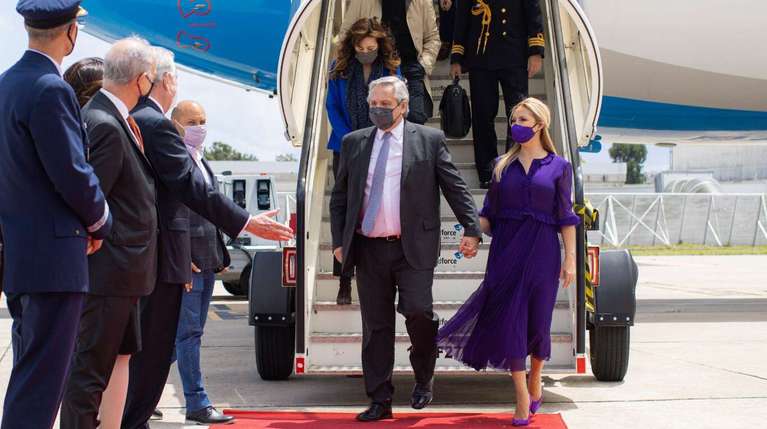 Someone should remind our President that you shouldn’t air your dirty linen in public. That’s what he’s been doing during his European tour. From a distance (as the song goes) he seems to have plucked up courage in reference to his tense relationship with Cristina Kirchner. Being far away from home has helped him say things like “I think (hers) is a partial view, absolutely economic, that neglects everything that we had to go through in the middle.”  He also announced that he will be a candidate for re-election in 2023, although local public opinion polls don’t favor him at all. Using the pandemic as a scapegoat, he has pictured his administration as an awesome one in spite of the world crisis, and claims he has achieved a lot. In short, Alberto in Europe, blowing his own trumpet.